Christmas comes early this year as Country’s favorite female trio Runaway June announce their When I Think About Christmas EP out October 16. This five-track EP will feature three Christmas classics in addition to two Runaway June Christmas originals. Following their appearance on the ACM Awards last week where they presented the efforts of ACM Lifting Lives COVID-19 Relief Fund, Runaway June is ready to flaunt their country roots with versatility by showcasing on this EP their organic three-part harmonies paired with their genuine excitement to spread holiday cheer.

“Our new Christmas EP, When I Think About Christmas has all of these beautiful mountain Appalachian sounds,” says Naomi, Jennifer, and Natalie. “So we put our own little spin on Christmas music and we’ve got some fiddle so why not!”

Displaying their authentic love for the season expressed through the artistry and talent that fans, critics, and radio have all embraced, Runaway June poured their passion for the holidays into this project. Penned by songwriters Sam Hollander and Martin Johnson, “Christmas On The Radio” is an original song described by that band as an “ instant classic,” exuding cheer and anticipation of holiday music and traditions soon to come.

Their other original and title-track of the EP “When I Think About Christmas” was co-written by Runaway June’s Jennifer Wayne, Josh Matheny, and Tiffany Goss. Described by Wayne as a song that “feels like it’s been around for a hundred years,” Cooke croons with hints of classic Country mixed with Christmas touch.

The legedary Ron Fair (Christina Aguilera, Black Eyed Peas, Gwen Stefani, Pussycat Dolls, and more) produced four of the five tracks and co-produced “Christmas On The Radio” with Sam Hollander and Brandon Paddock. Including classics such as “O Holy Night” that is like an art piece with its Appalachian sound along with the up-beat fireside version of “Let It Snow,” Runaway June is ready to get their fans in the Christmas spirit. 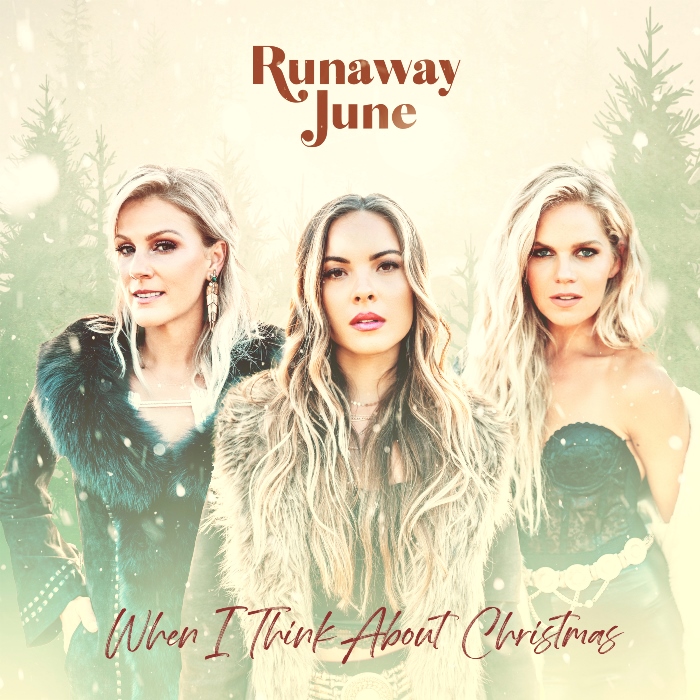 This EP comes while their current single “We Were Rich” continues to climb the charts. “We Were Rich” came shortly after the trio made history with their record breaking single “Buy My Own Drinks” that marked the first time a female trio has broken into the top five on the Mediabase Country chart since The Chicks in 2003. According to Music Row, “I don’t know which I like better, the deliciously well written lyric or the breath-taking harmony-vocal perfection. I fell hard for this little slice of American life.”  With their current single mixed with these Christmas originals and classics, Runaway June has made it a mission to trigger a warm sense of nostalgia. “We Were Rich” is a subtle reminder during this time of chaos in the world that it is the little things in life that matter most while these Christmas songs are a nod to Christmas traditions and holiday spirit.